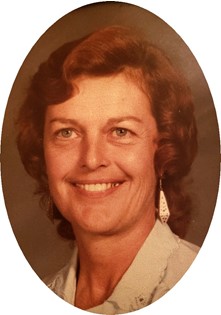 Guestbook 2
Riverton, WY - Bonita (Bonnie) Hambrick passed away at the age of 74 on Thursday, March 26, 2020. Cremation has taken place. A celebration of life will be held at a later date.

Bonnie Jean Stout was born January 4, 1946 in Rock Springs, Wyoming to Gerald Wayne and Edith (Williams) Stout. She was the oldest of 3 daughters. She grew up in Farson and worked on the family farm. It was hard work, but the girls had fun times and great memories. She later went on to graduate from CWC in Riverton.

On September 26, 1986 she married Walter (Jerry) Hambrick in Lander, Wyoming. They were married until Jerry passed away in October 2000. She was a resident of Lander, Wyoming for over 30 years until moving to Truth or Consequences, New Mexico with Jerry. They lived in Balmorhea, Texas until relocating to Williamsburg/Truth or Consequences, New Mexico, where she remained until Jerry’s passing. Bonnie was a cook and waitress for many years. She was also a Kitchen Manager in Lander, Riverton and New Mexico. Her Christian religion was very important to her. When she was unable to go to church, she watched Shepard’s Chapel on television.

Bonnie enjoyed gardening and quilting until arthritis made it difficult for her to do. She made quilts for her children and grandchildren. In her younger years she loved to rock hunt and arrowhead hunt. As a child she and her father would go rock hunting, she learned much from him. Over the years it became her passion.

She enjoyed spending time in Atlantic City and South Pass City, which had a lengthy family history for her.

She was preceded in death by her husband Jerry Hambrick and stepson David Hambrick.

Online condolences may be made to the family at www.thedavisfuneralhome.com. Arrangements under the direction of Davis Funeral Home.