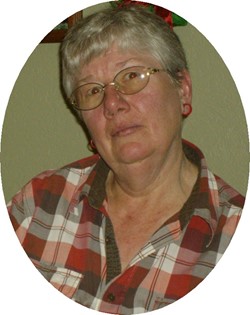 Guestbook 7
No services are scheduled at this time for Jean Darlene Eckley, 71, who passed away on March 29, 2020 at her home in Riverton, WY, with her family by her side after a long battle with cancer. Cremation has taken place. Memorial contributions to Tough Enough Cancer Fund or Frontier Hospice in care of Davis Funeral Home.

Jean was born on February 18, 1949, in Belle Fourche, South Dakota, daughter of Gilbert A. and Stella M. (Reimer) Goertz. She was raised in Aladdin, Wy and later moved with her family to Riverton during middle school. Jean graduated from Riverton High School before moving to Casper where she graduated from Cosmetology School.

On September 28, 1968, Jean married Bill Eckley in Riverton, WY. Jean was a homemaker as well as helped work on the family farm.

She was preceded in death by her parents, Gilbert and Stella Goertz, father-in-law, Lloyd Eckley and mother-in-law, Georgia Eckley.