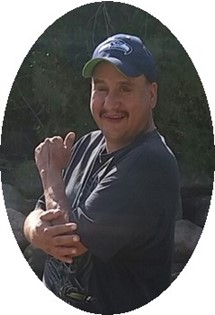 Guestbook 2
Funeral services for Robert Coles, 42, will be held 10:00 a.m., Tuesday, April 7, 2020 at his home, 147 Sagebrush Loop. Interment will follow at Oldman Cemetery. A Prayer service will be held Monday evening at the Coles residence.

He was born on September 16, 1977, in Billings, MT, son of Robert M. Coles, Sr. and Karen Pease. In 2002, Robert moved to Riverton where he started a relationship with LaDeena Bell on September 20, 2002. The couple married on December 10, 2018 in Las Vegas, NV. Robert worked as a cook for many restaurants around Riverton but most recently at the Red Willow in the Wind River Casino and Hotel.

Robert loved spending time with his grandchildren, going for drives, fishing and watching Kaden play football. He also enjoyed watching the Eagles and Lady Eagles in basketball and football. Family outings, playing solitaire, dice and horseshoes were among his favorites. Robert was an avid fan of the Seattle Sea Hawks.