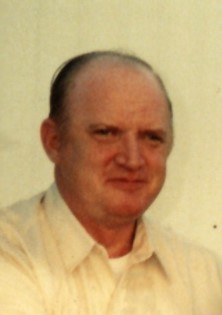 Guestbook 2
Phillip M. "Bones" Stanton, Sr., died at his home in Riverton on Sunday, Sept. 28, 2008, at the age of 69. Graveside services will be held at 2 p.m. Wednesday, Oct. 1, at Mountain View Cemetery in Riverton. Pastor Jim Zubik of the Four Square Church will officiate. Military honors will be by the Wyoming Army National Guard. Phillip Martin Stanton was born in Battle Creek, Mich., on Oct. 5, 1938, the son of John and Edna Irene (Cook) Stanton. He was graduated from high school in Battle Creek. He studied radio broadcasting in Davenport, Iowa, and took radio technology at Central Wyoming College in Riverton. He had served with the U.S. Marine Corps, being honorably discharged in August of 1958 as Private First Class. He was stationed in San Diego, California. Mr. Stanton had lived in Riverton since 1986, coming here from Davenport, Iowa. Prior to that he had lived in Rock Springs, and in Battle Creek, Mich. He married Barbara Jean Wilk in Riverton on Aug. 11, 1991. Mr. Stanton was a baker for Wonder Bread. Prior to becoming ill, he was a taxi driver, and held various other jobs. He was a member of the Riverton Four Square Church where he sang in the choir, and the Assembly of God Church where he was involved with intercessory prayers. His family said Mr. Stanton loved old cars, fishing, his children, listening to records, big band music, Billy Joel music, Star Trek, watching Western movies, Chuck Norris, and the news, and enjoyed spending time with his grandchildren and family. Survivors include his wife, Barbara Jean Stanton of Riverton; sons, Zachary Scott Stanton and his wife Judy of Davenport, Iowa, Phillip Martin Stanton, Jr., of Riverton, Lawrence Shean Stanton and his wife Valorie of Riverton, step-sons Marshall Crow and his wife Michelle of Riverton and James Crow and wife Marsha of Riverton; step-daughter, Helen Fresorger and husband Larry of Riverton; 26 grandchildren and 8 great grandchildren; brother, David Stanton and his wife Vicky of Arizona; a sister, Maxine DeBarr of Michigan; brother-in-law, Ed Torrey of Wisconsin. He was preceded in death by his parents; former spouse Peggy Stanton; son, Kurt; step-daughter, Francis, two grandsons, Timothy and Jacob; foster son, George Stanton. On-line obituaries are available and condolences for the family may be made at: thedavisfuneralhome.com Services are under the direction of the Davis Funeral Home of Riverton.