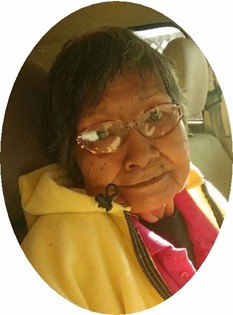 Mrs. Stamp passed away on Sunday, April 12, 2020 at the Wyoming Medical Center in Casper, Wyoming.

She was born on March 26, 1941, in Fort Washakie, Wyoming, daughter of Isaac and Theresa (Whiting) Chavez.

She attended Haskell Indian School before receiving her L.P.N. from Casper College. She then attending Miles City Community College in Miles City, MT, where she received her R.N. Degree and finally, she attended M.S.U. in Billings, Montana, earning her B.S.

For most of Juanita’s life, she lived in Fremont County working for a number of years as an R.N. for Indian Health Services.

Juanita liked to watch her favorite football team, The Dallas Cowboys, play and her favorite basketball team, the L.A. Lakers. She also enjoyed going to the casino, spending time with her loving family as well as watching television.