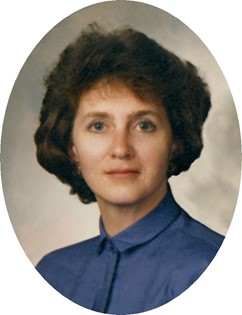 The family of Kathy Vincent would like to notify all those interested that Kathy’s funeral mass will be held on Saturday, May 15, 2021 in the gymnasium of St. Margaret’s School, 220 N. 7th East, Riverton, Wyoming beginning at 10:00 a.m.. Graveside services will take place immediately following the funeral mass at Mountain View Cemetery.

Kathleen M. Vincent (Kathy) died April 13, 2020 in the arms of her husband and children after a long and courageous battle with ALS, better known as Lou Gehrig’s Disease. Kathy was born Kathleen Mary Rogers on January 7, 1952 at Osmond General Hospital in Osmond, Nebraska. She was the third of four children born to Joseph G. Rogers and Edna T. Thieman Rogers of Randolph, Nebraska. Kathy attended grades 1 through 12 at St. Francis De Chantal Elementary and High School in Randolph. Kathy graduated Valedictorian with her class of 1970, and this year would have been her fiftieth-class reunion.

Kathy’s father practiced law for approximately fifty years in Randolph, Nebraska and her mother was a homemaker. According to Kathy, you could not have grown up in a better place at a better time. She played in the creek that ran through town with her friends hunting for frogs and toads during the summer and would then go swimming at the municipal pool to beat the heat and humidity of a Midwest summer. While in school Kathy was involved in many activities. She was a cheerleader for all four years of high school, worked on the High School news paper and played volleyball among other endeavors.

Kathy was employed a total of 29 years for Central Wyoming College in Riverton (CWC). For the last 20 years she was the Director of the Adult Basic Education and General Education Diploma Program. During her tenure more than 2,000 people earned their GED, and with it, a better life. Her commitment to the education of nontraditional students was recognized at the State, Regional and National level. Kathy retired on January 31, 2019. Shortly after, she was diagnosed with ALS. Kathy confronted the diagnosis with the attitude that she would try to make every day a good day, and in that she was successful.

Words cannot express our grief at the passing of our wife and mother. Our only consolation is she is now at rest. The family asks that in lieu of flowers or donations to another cause, please consider a donation to the ALS Association, Rocky Mountain Chapter in Westminster, CO.