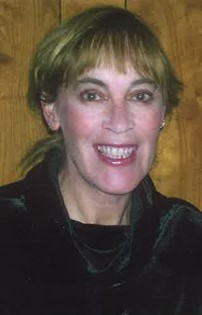 Guestbook 9
Beth Elise Connell, 69, passed away March 31, 2020 in Aurora, Colorado. Beth was born in Madison, Wisconsin on February 23, 1951, the daughter of Rolland and Grace (Richter) Connell.

She was the second of four children and was baptized in the Christian Faith.

After moves through Wisconsin and Greeley, Colorado, the family came to Riverton, Wyoming in 1956. Beth attended schools there until her graduation in 1969. She loved her music and played both flute and piano. She played organ for Trinity Lutheran Church and later gave piano lessons to many in her home.

She graduated from the University of Wyoming with a Bachelor of Science degree in Social Work. After graduation she worked on the Wind River Reservation for the Department of Family Services. Moving to Boston she worked in a variety of jobs, including a home for pregnant teens. Always trying new things, she joined the “Women in Construction” program and learned bricklaying -- joining the Bricklayers Union. She was passionate about helping others, especially young people.

She later settled in North Hampton, Massachusetts and lived there for more than 15 years. There her son, Spencer Lee, was born. Four years later they moved back to Riverton, where she worked at many Fremont County Schools, including St. Stephens, St. Margaret’s, Shoshoni, RHS, and Fort Washakie. After she retired she moved back to North Hampton and then Denver, Colorado.

She is survived by her son, Spencer, of Westminster, CO; sisters, Judy Bryant (Stanley) of Riverton, and Dawn Hoffman (David) of Lovell, WY; nieces, Kristi Fegler (Daryne) of Arapahoe, WY, Elizabeth Schumacher (Derek) of Centennial, CO, and Abigail Moody (Zach) of Renton, WA; nephews, Rob Bryant (Kim) of Phoenix, AZ, Jack Hoffman (Sabra) of Powell, WY, and Thomas Hoffman (Valeriya) of Houston, TX; 13 nieces and nephews and one great niece; and friend Kerri Clark of Ormand Beach, FL. She was preceded in death by her parents and her brother Todd.

Cremation has taken place and her ashes will be spread in Massachusetts at a later date.

On-line condolences can be sent to theDavisFuneralHome.com