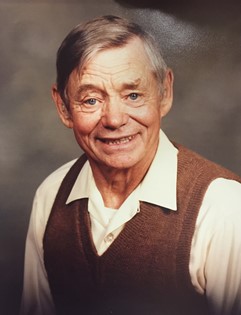 Mr. Grubb passed away on Sunday, April 19, 2020, at the Riverton Help for Health Hospice Home.

He received his education through the Morton School in Kinnear, Wy, graduating in 1940. In 1941, he met his sweetheart, Florence Lucille Stevens before he enlisted in the Army Air Corp during WWII. After serving three years, Bob was honorably discharged and moved to Dubois, Wy. On September 26, 1946, Bob and Florence were married in Riverton, Wy at the home of the local Baptist minister. The couple chose to make Dubois their forever home and raise their three boys, Dan, Bob, and Fred.

Bob and Florence were one of the original 6 partners that started the Dubois Mercantile. They worked there for ten years before they sold their shares to their son, Danny and he was the manager. Mr. Grubb worked as an outfitter for 8 years at the West Pass in Crescent Mountain up the East Fork of Dunior. He also spent 6 years working at the Sawmill and brought the very first Arctic Cat dealership to town and snowmobiling to our community.

Mr. Grubb started the Dubois Sno-Katters Club and served as president for several years. He was a member and also served as a Deacon in the St. Thomas Episcopal Church. He was also a member of the Dubois VFW, Dubois Lions Club and WY Snowmobile Assoc.

He was preceded in death by his wife of 70 years, Florence Grubb; parents; sisters, Mary (Grubb) Hemming and Fern (Grubb) Stevens; 1 sister-in-law, 7 brothers-in-law.

Memorials may be made to Memorial contributions to the Warm Valley and St. Thomas Episcopal Church in care of Davis Funeral Home, 2203 West Main Street, Riverton, WY 82501.