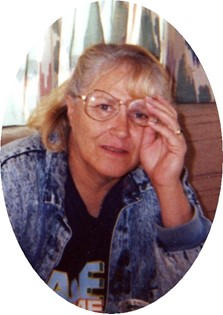 Guestbook 7
No services are scheduled for Kitty “Kitten” Fern Maupin, 74, who passed away on Wednesday, April 15, 2020 at SageWest Hospital in Riverton, Wyoming. Cremation has taken place under the direction of Davis Funeral Home.

She was born on February 4, 1946, in Winona, Minnesota, daughter of Clair O. and Lola M. (Fowler) Weir. Kitty spent time during her early years living in New Castle and Casper but has spent the past 40+ years making Riverton her home.

Kitty has worked as an EMT and secretary at the Lucky McMine and Umetco Minerals. She also owned and operated a Restaurant as well as cooked at several different restaurants.

She enjoyed spending her time hunting, fishing reading books and going to the Casino. Kitty also enjoyed her time bowling with her team. Mrs. Maupin was baptized into the Baptist Faith.

She was preceded in death by her daughter, Patty Wise; grandson, Anthony Herrara and brother, Frank Weir.