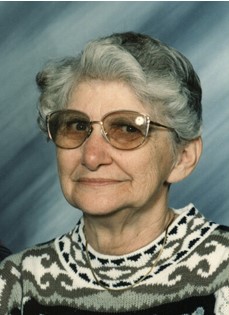 Guestbook 8
Marcella F. "Sally" Ray of Riverton died Sunday, Sept. 28, 2008, at Riverton Memorial Hospital. She was 81. Funeral services will be at 10 a.m. Thursday, Oct. 2, at St. Margaret's Catholic Church in Riverton. The Rev. Father Andrew Duncan will officiate. Interment will follow at Mountain View Cemetery. There will be a rosary at 8 p.m. Wednesday, Oct. 1, at St. Margaret's. Marcella Francis "Sally" Ripperger was born in Afton, Iowa, on April 21, 1927, the daughter of Michael and Katherine (Freuhl) Ripperger. She was graduated from high school in Afton, Iowa. On Dec. 29, 1945, she married Keith Ray in Afton. The family moved to Riverton in 1948. Mrs. Ray was a homemaker and dietician, working at Riverton Memorial Hospital from 1972-1987. She was of the Roman Catholic faith and a member of RCCW. Her family said Mrs. Ray enjoyed quilting, embroidery, and made excellent banana bread. Survivors include three sons, Ted Ray and his wife Jody of Riverton, Bill Ray and his wife Donna of Houston, Texas, and Bob Ray of Casper; a daughter, Janet Ray and her husband Mark Stelling of Farmington, N.M.; four grandchildren, Billy Ray of Grants, N.M., Erin and Jason Warren of Houston, Texas, Andy Ray of Pavillion, Sarah and Jeremy Hughes of Riverton, and one great grandson, Landon Hughes of Riverton, with a second great grandchild to be born early next year. She was preceded in death by her mother and father, siblings, and her husband, Keith Ray. Memorials may be made to St. Margaret's School in care of the Davis Funeral Home, 2203 West Main, Riverton, WY 82501. On-line obituaries are available and condolences for the family may be made at: thedavisfuneralhome.com Services are under the direction of the Davis Funeral Home of Riverton.