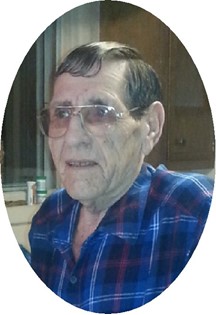 Guestbook 12
Graveside memorial services for Robert “Bob” Gene Roseno, 76, will be held at 10:00 a.m., Friday, May 1, 2020 at Mountain View Cemetery. Cremation has taken place under the direction of Davis Funeral Home.

He was born on September 20, 1943, in Minot, North Dakota, son of Oscar Disserud and Millie Roseno. He grew up in Parshall and New Town, North Dakota.

On March 7, 1965, Bob married Helen L. Pedersen in Alexander, North Dakota. The couple moved to Riverton, Wyoming, where they have remained for the past 50 years.

Mr. Roseno spent many years working in the oilfield industry and trucking driving.

He enjoyed spending his time water skiing, welding, 4-wheeling, and mechanicing. He also loved teasing his grandchildren as well as talking on the phone and later in life, fixing things from his telephone.

He was preceded in death by his parents and brother, Johnny Roseno.