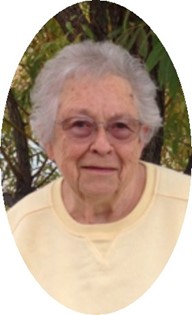 Guestbook 6
Jewel M. Skaggs, 90, of Riverton passed away at the Help for Health Hospice Home on Tuesday, April 21, 2020. Cremation has taken place and a service will held at a later date.

Jewel M. Dunning was born on October 17, 1929 in Riverton, WY to Charles and Viola (Jones) Dunning. Jewel was the fourth generation of her family from Riverton, WY. As a young girl her family lived in Pavillion, WY where she had her fondest childhood memories. She also lived in Laramie when her mother attended college and Cody for a brief time, but Riverton was always her home. Jewel graduated from Riverton High School with the class of 1947.

Jewel was of the Methodist faith and was a member of Riverton United Methodist Church.

In her younger years, Jewel worked for the Extension Office, as a secretary for Hursh Insurance and a dental assistant for Dr. Menser.

On June 22, 1952, Jewel married Preston H. Skaggs in Casper, WY. Together they had six children. She and Preston started their business in 1953 in Riverton, WY and operated Skaggs Auto Rebuilding until 1996 when they sold it to their sons, Breck and Kraig.

Along with her sisters and good friend Gladys McDonald they started the women’s breakfast group “No Hatters” and Jewel actively served as a member of the Soroptimists International for almost 40 years. Jewel was always willing to help her community or individuals in need, organizing efforts or donating resources. Being a fourth generation of Riverton, Jewel shared a lot of history with the community and her family.

Even though she was very involved in the business her priority was always her family. To her final days she was most concerned with meeting the needs of others. Her greatest joy was family reunions and gatherings. She enjoyed numerous trips to the Oregon coast, Washington, D.C., England, Mexico, and more. She enjoyed living on the pond surrounded by family brought her peace and enjoyng the birds, squirrel, deer and even an occasional moose. She was blessed to have her three sisters and all six children with her to the end. Jewel was known for her witty sense of humor and even through struggles with Alzheimer’s, she maintained her humor and positive attitude.

She was preceded in death by her husband, Preston, parents, Charles and Viola Dunning and her grandparents, Arthur and Allula Jones and James and Sarah Dunning.