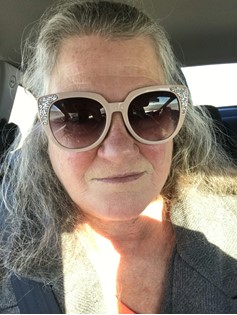 Guestbook 3
LaVonne Walters, 63, of Riverton passed away at her home on Sunday, April 26, 2020. Cremation has taken place and a Celebration of Life will be held at a later date.

LaVonne Marie Melaney was born on March 14, 1957 in Bozeman, MT to Charles Richard and Janet (Kline) Melaney. LaVonne grew up in Bozeman and graduated from Bozeman High School. While in high school she was an outstanding track and basketball athlete.

LaVonne was a kitchen manager at Homestead, Senior Center, and Job Corps before she was forced to retire due to illness.

LaVonne was the best cook ever and was an amazing gardener. She was an avid reader and could always be found with a book. In her younger years she was a passionate dart player and went to many tournaments and won several time at the state level.

She was preceded in death by her husband, Kenneth Walters, Jr; father, Charles Melaney; and mother, Janet Kober.