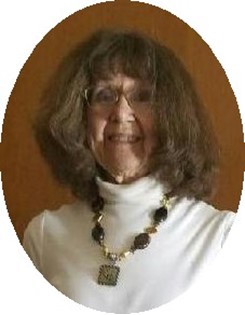 Guestbook 6
No services are scheduled for Jeanine Kay Rodgers, 70, who passed away on Thursday, May 7, 2020 at Help for Health Hospice Home. A Celebration of life for Jeanine will be held at a later date. Cremation has taken place.

Jeanine was born on June 27, 1949, in Riverton, Wyoming, daughter of Herb and Hazel (Allen) Hollenbeck.

She graduated from Riverton High School before earning her Associates Degree in Sociology from Casper College.

On August 25, 1968, Jeanine married Richard Rodgers in Idaho Falls, Idaho. While Richard served in the U.S. Army, the couple lived in Germany and Alexandria, VA, before moving back to Riverton to settle.

She was a member of the Daughters of the American Revolution, Pinochle Club at the Riverton Senior Citizens Center and Riverton Mineral and Gem Society.

Mrs. Rodgers was preceded in death by her parents, Herb and Hazel Hollenbeck; grandparents, Andrew and Edna Allen and Herbert and Maude Hollenbeck.