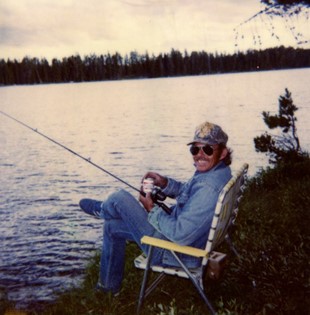 Guestbook 9
Graveside services for John Coughanour, 64, will be held at 10:00 a.m., Friday, May 15, 2020 at Mountain View Cemetery. Cremation has taken place under the direction of Davis Funeral Home. Due to the COVID 19 restrictions friends are invited to the cemetery service practicing social distancing.

On May 7, 2020, John succumbed to complications from Cancer at SageWest Hospital in Riverton, WY. At his side were his wife, Pam, and two sons, Matthew and Daniel. He will be dearly missed by his family.

He was born the youngest of 5 children on April 21, 1956 in Nogales, Santa Cruz, AZ, son of Marsden V. and Margaret L. (O’Brien) Coughanour. He attended Nogales High School and moved to Wyoming at the age of 17, after the loss of his father. In Wyoming, he started what became a long career in the energy sector which included mining around Jeffery City and many years of oil and gas drilling. He married his first wife, Katheleen Compton, in July of 1984. With Katheleen, John fathered four children including two step-daughters, Aleena and Amber, and two sons, Matthew and Daniel. Around 1985, he moved from Wyoming to the Phoenix area, working as a technician at a nuclear power plant. He then moved back to Wyoming in 1990, residing in Riverton. He later married the love of his life, Pamela Dahlin, in June of 2005. With Pam, John became a father to two children, Jason and Elise. Throughout his life, John was proud of his hard work, good friends, and most of all, his family. During his career in the oilfield, his work took him all over the world including six of the seven continents. He instilled in his children hard work and perseverance.

Mr. Coughanour was preceded in death by his father and mother, Marsden and Margaret Coughanour and his brother, William Coughanour.