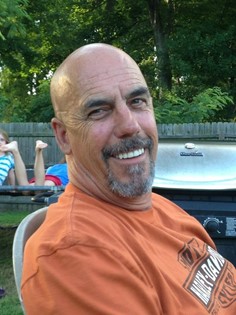 Guestbook 4
Benjamin ‘Benjie’ O. Moss, III, 64, passed away in Tucson, AZ on Sunday, May 3, 2020. A rosary will be recited at 6:00 pm on Wednesday, May 13, 2020, at the Holy Rosary Catholic Church in Lander, WY. The funeral mass will be held at 10:00 am on Thursday, May 14, 2020, at Holy Rosary Catholic Church with interment to follow at Mount Hope Cemetery. Due to COVID-19 restrictions the funeral is restricted to family members wearing masks. Extended family members and friends are invited to the cemetery service around 11:00 am on Thursday practicing social distancing.

Benjie was born on November 12, 1955 in Thermopolis, WY to Benjamin O. Moss, II and Gloria (Carrigan) Moss. He was raised in Lander, WY with his two brothers and two sisters. He graduated from Lander Valley High School with the class of 1974.

He was baptized into the Catholic faith and as a young child was an altar boy and continued to be active in the church until early adulthood.

From a young age, Benjie worked in his parents business, Ben’s Supermarket, in Lander. He then worked years at Fred Meyers and Food 4 Less. He moved back and forth from Casper, WY to Oregon. He then moved to Arizona where he began his mining career at a copper mine before being hired at Powder River Coal in Gillette, WY where he worked until retiring after 21 years. He then retired to Tucson, AZ.

Benjie loved being an outdoors man and had many interest. He loved riding his motorcycle, attending the Strugis Rally yearly, golfing, fishing and being in the outdoors and also loved to travel. He loved playing the game of baseball, watching all sports, his favorite teams where the Oregon Ducks and Oakland Raiders. The one indoor activity he did enjoy was trying his luck at the casinos. But above all he loved spending as much time as he could with his children and grandchildren doing any activity or just hanging out.