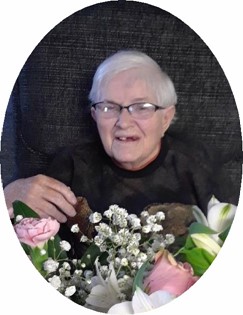 Joyce Ellen Martin was born on March 29, 1944 in Greeley, CO to Earl Slyvester and Lois (Cummings) Martin. She grew up in Greeley and graduated from University High School and attended one year of college in Rexburg, ID.

On November 14, 1964 she married Gary Eugene Knapp in Greeley, CO. They lived there until 1972 when they moved to Galeton, CO where they raised their family of two sons and one daughter. They moved to Pavillion in 1996 where they resided until they both passed.

Joyce was a stay at home mom until 1976 when she became a school cook at Galeton Elementary School. She was also a cook at UNC College from 1989 to 1996 and also the Denver Bronco’s training camp. After moving to Pavillion she worked at Central Wyoming College in the housekeeping department from 1998 to 2009 when she retired.

Joyce loved anything doing with horses. She raised Quarter Horses and Blue Heeler Dogs. She loved the rodeo, horse races, showing horses at the local shows and following her granddaughter on the Barrel Racing circuit and all her sports. She was a 4-H leader for 15 years and was a 50 plus member of the American Quarter Horse Association.

She was preceded in death by her husband, Gary Knapp; grandson, Dustin Davidson; brother, Bill Martin; and parents, Earl and Lois Martin.

Memorials may be made to Fremont County Fair and Rodeo in care of Davis Funeral Home, 2203 West Main Street, Riverton, WY 82501.