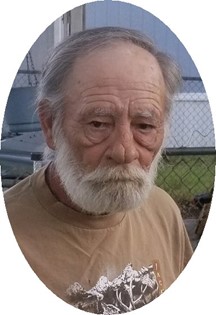 Guestbook 2
Thomas “Tom” Romero, 70, of Riverton passed away at his home on Monday, May 18, 2020, with his loving wife and granddaughter Hailey by his side. No services are scheduled due to the COVID-19, a Celebration of Life will be held at a later date.

Thomas Jay Romero was born in Riverton, WY on April 1, 1950 to Emil J. and Donna Faye (Hedglin) Romero. He grew up in Riverton with his 11 siblings. Riverton was his home for the majority of his life.

Thomas was a member of the Pentecostal Church.

On February 11, 1995 he married Debra McCreight in Riverton, WY. They were married for 25 years.

He worked as a heavy equipment operator, a crane operator, in the oil fields and the Gas Hills Uranium mines.

One of Tom’s greatest accomplishments was graduating with his G.E.D. in 2010 at the top of his class.

He was preceded in death by his parents; Emil and Donna; brothers, Mark, Rodney, Shawn and Raegan; and sister, Diana.