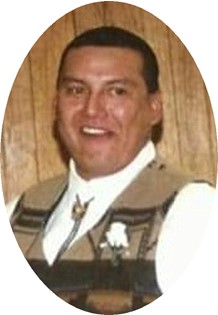 Brad Allen Harris was born on October 11, 1970 in Lander, WY to L. Patrick and Marvene G. (Thunder) Harris. He attended the Wyoming Indian School, Santa Fe Indian School, Chemewa Indian School, and earned his GED from Central Wyoming College. He grew up and lived his whole life on the Wind River Reservation.

Brad was of the Anglican Catholic faith and also practiced the Northern Arapaho culture.

He worked in the oilfields, at the Arapaho Farms, logging, ranching, and auto mechanics.

He was preceded in death by his grandparents, William and Verna Thunder and Raymond and Ambrosia Harris; daughter, Taylor D. Harris; brother, Dodi L. Harris; and sister, Michelle Harris.