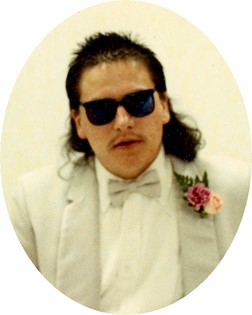 Guestbook 13
Darrel Smith, Sr. of Johnstown passed away on Tuesday, May 19, 2020, at the Wyoming Medical Center in Casper, WY. He was 52 years old. A Wake will be held on Tuesday evening, May 26, 2020 at his residence. 185 Johnstown Valley Road, Kinnear. Native American Services will be held at his home at 185 Johnstown Valley Road, Kinnear, WY on Wednesday, May 27, 2020, 10:00 a.m. He will be laid to rest at Wind Dancer Cemetery in Fort Washakie, WY beside his father.

Darrel James Smith was born on August 10, 1967 in Seattle, Washington. He was born to the late Alexander Smith, Jr. and Marion Luoma Smith. He was a lifelong resident of the Wind River Reservation and attended school and Wind River School graduating with the class of the class of 1986.He earned his mechanic’s certificate from Casper College.

Darrel worked over 30 long years at the Northern Arapaho Tribe Food Distribution as a warehouse employee and then eventually the Director.

Darrel was a foster parent for over 20 years. His family said he enjoyed hunting, fishing, being outdoors and being with his grandchildren. He also enjoyed working on his vehicles and playing oldie goldies. He was a faithful fan for the Kansas City Chiefs. He loved his wife, children, and grandchildren with all his heart.

If any was forgotten, please accept our apologies from the family.