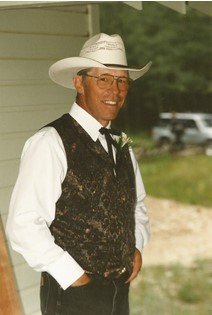 Guestbook 5
Jerry Nunn of Riverton, Wyoming, formerly of Miles City and Winnett Montana passed away at home on the 25th of May 2020 after a courageous battle with Parkinson's disease.

Jerry was born on the 14th of June, 1952 in Dickinson, North Dakota to Gerald (Bub) Nunn and Grace (Pat) Nunn, he joined a brother and a sister at the home ranch in Medora, North Dakota, and later 2 more boys were born. He grew up being a cowboy, doing all the wild things little boys do. They moved to Winnett when he was 13 where he graduated from high school. Following high school he married Janie Delaney. They purchased a ranch where they raised their 2 sons, Randy and Cal. In 1996 he married Vicki Willmore, in which he gained 3 daughters, Misty, Roxie, and Hallie.

Jerry’s love of rodeo started in his youth with bronc riding, then carrying over into team roping and steer wrestling where he hazed for his sons. Jerry went onto judging high school rodeos and NRA rodeos. His happiest time were riding horses and working cattle. His father raised Quarter Horses, which he helped with in later years and hauled colts to Bismark ND to the Hetletved Annual Sale. He would go to the sale promising Vicki that he wouldn’t buy any colts but he couldn’t resist having something a head or two around to play with. When Jerry and Vicki moved to Miles City he went to work at Fort Keogh. He worked with horses and cattle every day, which to him was more like playing.

Jerry’s ashes will be scattered at a later date in a private family ceremony.