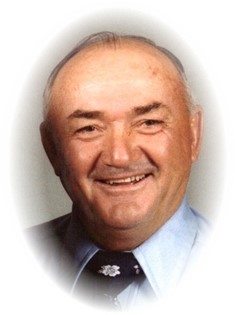 Guestbook 6
Funeral services for Harry Fabrizius of Riverton will be at 2:30 p.m. Saturday, Oct. 11, at St. John Lutheran Church in Riverton. The Rev. Michael Johnson will officiate. Interment, with military honors by the Wyoming National Guard, will follow at Mountain View Cemetery in Riverton. There will be a viewing from 7 to 9 p.m. Friday, Oct. 10, at the Davis Funeral Home of Riverton. Mr. Fabrizius died at Wind River Rehabilitation and Care Center in Riverton on Tuesday, Oct. 7, 2008, at the age of 79. Herbert Harry Fabrizius was born in Riverton on June 8, 1929, the son of John Jacob Fabrizius and Marie (Ahlbrandt) Fabrizius. He was graduated from Riverton High School where he was an all-state football player. He served with the U.S. Army during the Korean War and was a life-long farmer and rancher, living on the same farm north of the city all his life. On June 12, 1953, he married Mildred LaVerta Schneider at St. Paul's Lutheran Church in Riverton. She preceded him in death on January 14, 1999. Mr. Fabrizius was a member of the Wind River Post #3628 of the Veterans of Foreign Wars and the Hereford Association. His family said he loved farming, his cattle, and all of his family. Survivors include his sons, John Fabrizius of Casper, Ron Fabrizius and his wife Kim, Doug Fabrizius and his wife Pam, and Mike Fabrizius and his wife Cindy, all of Riverton; a daughter, Kim Ann Balog of Lethbridge, Canada; 12 grandchildren and eight great grandchildren; a brother, Alfred Fabrizius and wife Eleanor of Riverton; sisters, Helen Rhinehart and Elsie Crabb, both of Greeley, Colo., and Victoria Randolph and husband LaVerne of Riverton. He was preceded in death by his parents, his wife, Mildred; siblings, Alec Albrandt and wife Helen, Eugene Albrandt and wife Helen, Jake Albrandt and wife Ruth, Elizabeth Siegfried, Olinda Weber, George Fabrizius, and Bertha Deines. Memorials may be made to the Wind River Post #3628 of the Veterans of Foreign Wars in Riverton care of Davis Funeral Home, 2203 W. Main Street, Riverton, WY 82501 On-line obituaries are available and condolences for the family may be made at: thedavisfuneralhome.com Services are under the direction of the Davis Funeral Home of Riverton.