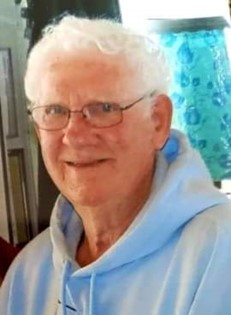 Peter Richard Wimmer was born on May 2, 1931 in Darwin, MN to Leo Otto and Ludvina Margaret (Weber) Wimmer. Pete was baptized into the Catholic faith. He grew up in Darwin and went to a one room school house.

Pete served his county with the U.S. Army during the Korean Conflict. He enlisted on September 22, 1953 and was honorably discharged as a Private 1st Class on September 24, 1955. He was a cook in the Officer’s Mess Hall. He attended then and graduated from Mollers Barber School in Minneapolis, MN.

He belonged to the American Legion, Veteran of Foreign Wars, Lions, and the Rod and Gun Club in Darwin, MN.

He married Marjorie Ann Gilbert and had a son, Richard. He then later married Darlene R. Reynolds on October 13, 1976 at Togwotee Mountain Lodge and became the best Dad ever to her daughter, LouAnne.

Pete was the Upper Wind River Barber Supreme of Dubois (according to Matthew Fox). He loved living in Dubois, hunting, fishing, and having a few beers. His family said he was the best cook ever. All kids and dogs were drawn to him and he enjoyed being around them also. Family was very important to him and he loved his grandkids and great grandkids.

He was preceded in death by his parents, Leo and Ludvina; sisters and brothers; Vernon, Lorraine, Theresa, Victor, Charles, Marion, and Francis.