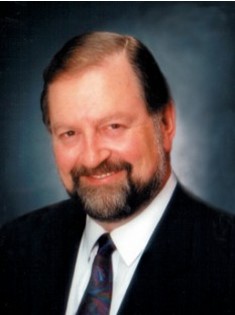 Guestbook 0
Dr. John Christian Joseph Wirth, Jr. age 77. It is with great sadness that we announced the passing of John. A beloved Husband, Father, Grandfather, Brother, Uncle and Friend, John was called to eternal peace on Monday, March 9, 2020. He entered this world in Washington DC on August 6, 1942, to John "Jack" Christian Joseph Wirth and Georgie Lamar Herbert Wirth. He grew up in the Broad River area of Norwalk, CT with 2 younger brothers and 3 younger sisters. While living in Connecticut, he attended Fairfield Prep where he was an outstanding archer and member of the track team. He was also a guitarist and played in a local rock band, performing concerts at Calf Pasture beach in Norwalk.

Upon graduation, John attended the Stevens Institute of Technology in Hoboken, NJ where he received his Bachelor of Engineering with Khoda and Gear & Triangle Honors. He was a member of the Lacrosse team and president of his fraternity, Pi Lamda Phi where he made many friends and fond memories. He received his Master of Electrical Engineering and PhD in Engineering from the University of New Mexico. He was a member of the Safari Club, Ducks Unlimited, Cabela’s top shopper’s club.

His love of woodworking, engineering and creating eventually led to the founding of Woodworker's Supply Inc. where he was President and CEO since 1972. His eternal bride, Billie Jean was his partner both in business and in life for the last 53 years. Given his love for inventing, he holds over 45 patents. John also respected and revered the outdoors. He loved world travel pursuing hunting, fishing and woodworking. His passion for planes and automobiles lead him to become an instrument rated pilot and spending weekends with his family drag racing his Bronco. John is a Safari Club International record book holder for a polar bear with a bow in 2000. He had fond memories of his multiple hunts in Africa with a bow, especially his African Lion. His perseverance and passion inspired us all.

He loved spending time with his grandchildren, building boats, fishing and teaching archery and guitar. He will be sorely missed by so many and will forever hold a special place in our hearts.

In lieu of flowers, the family has requested that donations may be given in John 's honor to Stevens Institute of Technology, directed to the Class of 1964 Endowed Scholarship or call the Alumni Office at 201-216-5163.

A funeral mass will be held at 1:00 pm on Saturday, July 11, 2020, at Lady of the Woods Catholic Church. Inurnment will follow at the Dubois Cemetery followed by a reception at the Dennison Lodge, 907 Ramshorn, Dubois.