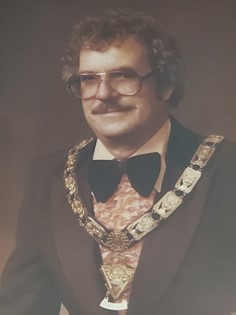 Guestbook 8
James “Jim” Case, 84 passed away at is home surrounded by his family on Wednesday, July 1, 2020. A memorial service will be held at 1:00 pm on Monday, July 6, 2020, at the Riverton Elk's Club Grand Lodge Room with inurnment following at Mountain View Cemetery.

James Lyle Case was born on February 14, 1936 in Worland, WY to James Irving and Alta (Stevens) Case. He graduated from Thermopolis High School in 1954.

Jim was of the Methodist faith.

On December 2, 1967 he married Frances “Fran” Irene Helt in McCook, NE. They raised four children in Nebraska and Wyoming. They celebrated 52 years together this last December. They moved to Wyoming in 1972, lived in Winnemucca, NV for 12 years before returning to Riverton to enjoy their retirement.

Jim worked in the oil fields, uranium mines, drove semi-truck, and retired from the gold mines.

He enjoyed bird hunting and fishing.

Jim was very involved in the Riverton Elks Lodge #1693. He held the positions of Past Exalted Ruler, Past District Deputy, and Past Wyoming State President. He always had the lodge involved in community projects and made a major difference in various programs and people.

He was preceded in death by his parents, James and Alta Case; brothers; Ron, Laurel, Earl, and Ray; sisters, Gloria and Babe; and daughter, Sherrie.

In lieu of flowers the family ask that donations be made to the Elk Charities in care of Davis Funeral Home, 2203 West Main Street, Riverton, WY 82501.