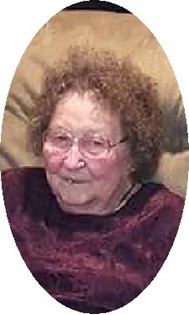 Guestbook 13
Dorothy Thompson, 85, of Shoshoni passed away at the Huntsman Cancer Center in Salt Lake City, UT on Friday, July 17, 2020. Cremation has taken place and services are pending.

Dorothy Elaine Dow was born on November 30, 1934 in Thermopolis, WY to Martin and Irene (Albright) Dow. She attended Arapahoe Grade School and then Riverton High School. She lived in Arapahoe, Riverton, Moneta and finally Shoshoni.

On June 22, 1952 she married Jack E. Thompson in Riverton, WY. They were married for over 42 years when Jack passed in 1995. Together they raised three boys and two girls.

Dorothy and Jack were sheep and cattle ranchers, wintering south of Moneta on the ranch and then summering north of Lysite on the summer ranch.

She belonged to the Extension Club, Bridge Club, and Jaycee’s and the Fire Department both with her husband.

Dorothy enjoyed crocheting, knitting, gardening and checking on her children and all of her grand and great grandchildren.

The family request that in lieu of flowers, donations be made to St. Jude’s Children’s Hospital or Huntsman’s Cancer Institute in care of Davis Funeral Home, 2203 West Main Street, Riverton, WY 82501.