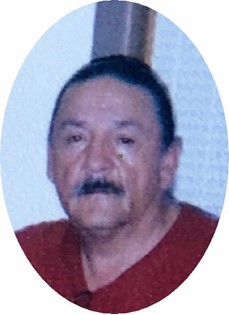 He was born on June 30, 1947 in Pineridge, South Dakota, son of John Nelson Brown, Sr. and Fedelia (Laplant) Brown. He grew up in Wambalee, South Dakota and was an enrolled member of the Oglala Sioux Tribe.

On November 16, 1985, John married Carlita Swallow in Thermopolis, Wyoming. They made their home in Wyoming.

John worked for the Wind River Police Department during the 80’s. He also worked as a seismographer at Lucky Mac Mine.

John was a wonderful, strong man who enjoyed listening to the news on the radio, exercise everyday and walking. He also enjoyed drinking coffee, listening to the morning news on his radio, attending garage sales, spending time with his grandkids and going to the casino. He was an avid person at the Pow Wow, drumming with various drum groups.

He was a member of the Catholic faith, serving as a Eucharist Minister with his wife at St. Stephen’s Catholic Church and Blessed Sacrament in Lame Deer, Montana.