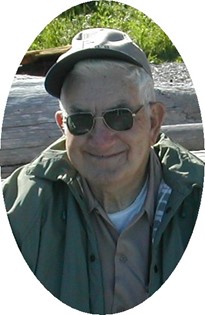 Dale was born in Ansley, Nebraska. His family lived in South Dakota and eastern Wyoming, before settling in Riverton, WY, in the 1930’s. Dale graduated from Riverton High School. He joined the Army, and upon honorable discharge as a sergeant, returned to Riverton and started his own masonry contracting business. He worked as a contractor for over 50 years in Fremont County. He built his last house when he was 82 years old. His work will live on as a testament to his hard work and ethics. Notable works include the U.S Post Office in Riverton, the Riverton High School, Riverton Memorial Hospital, Riverton Branch Library, First Interstate Bank, Smiths Grocers, and Davis Funeral home to name a few. In addition to many business jobs, you can see his handiwork in most of the residential additions to the city – most of the homes in the College View addition have brick, or rock planters, fireplaces, etc. built by him. He did countless custom homes and fireplaces across the county. He did many jobs on the reservation, Yellowstone park, and other municipal buildings. He was a master at block, brick, stucco, and rock. He was an artist when it came to laying natural rock. If you could dream it, he could build it – and build it beautifully - meant to last.

He was a long-standing member of Sertoma.

He was a wonderful provider for his family. He enjoyed family gatherings that brought us all together. He supported and encouraged his children in whatever they chose. He loved having his grandsons go on the work site with him; teaching them how to work, how to do a task, encouraging them along the way. As we all grew, he was there to help us with our own home improvement projects, always giving us his time and expertise. He loved to camp, hunt, and fish. He loved the outdoors. He will be sorely missed.

Dale G. Hyatt, and his wife, Betty Pauline Hyatt remains will be interred together, at the Mountain View Cemetery by the Davis Funeral Home. No service is planned at this time. Their son Paul Scott Hyatt will be interred at the same time.

Online condolences can be made to the family at www.TheDavisFuneralHome.com