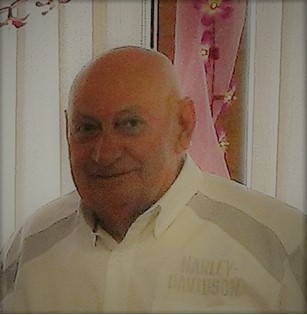 Jack was the first born of two, to Jack Gaudern Sr. and Helen Gaudern in 1944. He worked many years as a miner, heavy equipment operator, and supervisor.

Jack enjoyed many different passions / hobbies throughout his life. His love for things that looked cool and moved fast began when he was young. He started tinkering with cars as a teenager. He found that by taking used vehicles and restoring them during the 1960’s and 1970’s, a young man could afford to have a really cool hot rod that was unique and different including his 1955 Candy Apple Red Chevy. Even when he did buy a vehicle from a dealership, he had to make it look cool and reflect his individual personality with aftermarket products. Not only did he like to look cool he liked to go fast. In his younger years he raced motorcycles, snowmobiles, cars, and anything else with a motor. After racing he moved into show cars. He took pride in and won awards with the vehicles he built and customized.

He had always strived to be different and put his own spin or personality on everything that he touched. He had an artistic eye that was evidenced by everything about him. Everything he did he made it unique to his style. Despite his many accomplishments he always felt like he could do better. There were always more awards for him to win.

Jack was a skilled mechanic who enjoyed sharing his knowledge and abilities with anyone who wanted to learn. From offering tips on 30-year-old carburetors to sharing tricks for timing a newly built engine, Jack knew his way around a motor and was excited to share what he knew with any other gearhead or kid with a ratchet. While being a little gruff on the outside, Jack had a big heart and valued his family and close friends highly. He’d give you the shirt off his back along with a snarky comment about bringing your own shirt next time. Even with his rough exterior he was always there for those who mattered most to him.

Celebration of life will be held at Jack’s house August 15th from noon to 5 p.m.