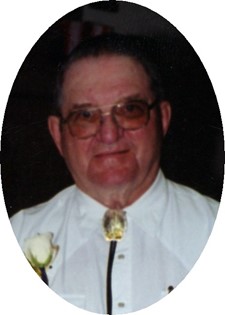 Guestbook 3
Robert “Bob” Brownfield, 90, passed away July 31, 2020 at his home in Riverton, Wyoming of a heart attack. At his request, no services will be held and cremation has taken place.

Bob was born in Deadwood, SD on October 11, 1929, son of Earl and Ruth (Beltz) Brownfield. His childhood was spent herding sheep with his father and mother on the family homestead northeast of Hammond, MT. Bob attended a country school through the 8th grade, riding horse back each way 6 miles to school. In 1946, Bob learned to fly an airplane and received his private pilot license. In 1947, Bob joined the United States Army, serving for 3 years in Korea. After his discharge from the service, he came back to the ranch and married his childhood friend, Betty Rosencranz on August 6, 1950. Bob and Betty had two sons, Ralph in 1951 and Leo in 1952.

Bob owned sheep and partnered with his father on his father’s ranch from 1950 until 1967. On May 1, 1967, during a terrible spring snow storm, Bob lost 80% of his sheep. The loss was quite devastating to him and his family. Bob always said everything gained in 17 years was lost in 3 days. Bob and Betty decided to leave the ranch to pursue another career. The couple and their sons moved to Gillette, Wyoming and in the summer of 1969, moved to Riverton, Wyoming. Bob drove truck for several Trucking Companies and was employed at the Uranium Mine for 7 years near Riverton.

In 1991, the couple decided to retire and enjoyed traveling, sightseeing and going to dances, which they thoroughly enjoyed. They spent the next 12 winters in Arizona.