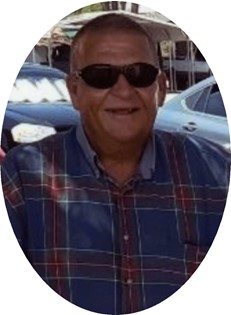 Carlos Rodriguez was born on May 4, 1959 in Houston, TX to Alfredo L. and Maria (del Jesus) Rodriguez. He lived in Texas until the age of 9 when he moved to Wyoming. He considered Wyoming his home. He attended schools in Texas and Riverton.

He entered the oil industry at a young age working as a derrick worker on the floors for several years. After that time he worked various jobs. Most, currently, he owned his own lawn care business.

Carlos enjoyed fishing, hunting, travelling, spending times with the family and friends. He was loved and remembered for his sense of humor.

He was preceded in death by his parents Alfredo and Maria Rodriguez.