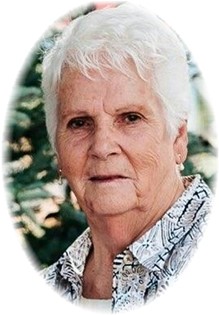 Guestbook 1
Darlleen Cassity, 82, of Riverton passed away at her home on Saturday, August 8, 2020 surrounded by her loving family. A private family service will be held and inurnment will take place at a later date.

Doris Darlleen Rinker was born on March 1, 1938 in Midwest, WY to Clarence Harry and Sara Nathal (Grigg) Rinker. She was raised in Fremont County with her three brothers and two sisters. She attended school in Lander.

On December 10, 1955 she married the love of her life, Jim A. Cassity, in Lander, WY. They were married for over 64 years. The couple established their forever home west of Riverton where they raised their three boys and two girls. Darlleen has left a family legacy that has grown to include 12 grandchildren, 26 great grandchildren, and 4 great- great grandchildren. She was a wonderful loving and caring wife, mother, and grandmother, whose memory will be cherished forever.

As well as being a full-time mother and housewife, Darlleen worked as a bookkeeper for the family’s Cassity Construction Company, she also worked for Brunton Company.

Darlleen enjoyed many activities, which included sewing quilts for her family and friends, fishing, hunting, camping, gardening, cooking and canning. Above all she loved spending time with her family.

She is preceded in death by her parents, Clarence and Sara Rinker; brother, Dennis Rinker; and great- great granddaughter, Cora Fulmer.