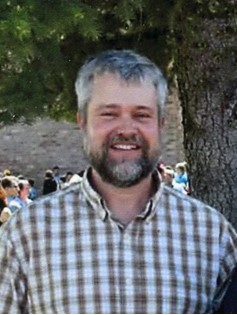 
Michael Dolbow, 49 of Riverton passed away at his home on Thursday, August 13, 2020. A Graveside service will be held at 10:00 a.m., Friday, August 21, 2020 at Mountain View Cemetery with military honors. Everyone is welcome and invited to a reception at the Sunnyside Nazarene Church in Kinnear following the graveside service.

Michael Richard Dolbow was born on September 17, 1970 in Salem, New Jersey to Richard Claude and Mary Jane (Barber) Dolbow. He lived in Woodstown, New Jersey until he was five years old and the family moved to Wyoming and settled north of Pavillion. He attended school at Pavillion and graduated from Wind River High School. He attended trade school and became a Journeyman Electrician.

On May 24, 1997 he married Shelley Quarles at the United Methodist Church in Riverton, WY. They celebrated 23 years together this year. They raised their two children, Tenikah and Caden, in Fremont County.

He worked for the Riverton Hospital in the maintenance department for years and went through all the changes of ownership. The last two years he had worked for the City of Riverton.

In lieu of flowers the family ask that you donate to a cause close to their heart. Call Davis Funeral Home for more information.