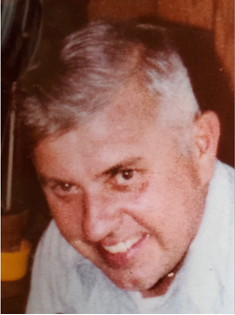 Howard “Dale” Lausch passed away August 14th, 2020 at the Northwood Glenn Assisted Living home located in Glendale Arizona, at the age of 84.

Dale was born on December 30, 1935 to Howard S and Clara B Lausch in the state of Pennsylvania. He graduated high school at the age of 17 then joined the Air Force on December 7th 1953, making it his first career.

Dale had traveled to various states and countries during his time in the Air Force, to include tours in New York, Virginia, Philippines, Japan, Alaska, Germany, France, and Rapid City SD. Dale retired from the Airforce on December 31, 1973 at Ellsworth Airforce base in SD. He remained in Rapid City SD area until he moved to Wyoming in 1978. He settled into the town of Hudson WY in 1981 until 2016. During this time in the military, Dale and Betty raised 3 daughters until her death on August 5, 1999.

He then married Judy Henry in August of 2000 and also adopted his fourth daughter. They remained married until Judy’s death in February 2016.

Dale had a 2nd Career as a truck driver until he retired at the age of 62 years old.

There are so many facets to Dale.

First and foremost he loved his blended family. He provided and allowed each to grow into themselves with guidance when they needed it. Beyond the love he had for his family, he liked to garden and grow vegetable for everyone, Johnny Cash was his favorite singer, John Wayne his favorite actor. He loved to play cards. Pinochle with his sister and nieces and cribbage with his daughters and son-in-law….and of course, wagers made it a little more exciting. Yes, he generally came out the winner.

Dale also love to show off his state of Wyoming to all that came to visit, driving them through all the beautiful country. He attended local auctions and came away with some good “junk”. Dale was a lifetime member of the VFW.

Dale was preceded in death by his parents and his two wives as well as a brother, Ralph H Lausch of PA and sister Thelma May Melliger of PA, and one Grandson, Joseph M. Perrin of AZ.

He is survived by his 4 daughters, Bonnie Hoffman of SD, Janet Perrin of AZ, Donna Metcalf of WY, and Maria Klein of TX, Sister, Mildred Tarburton of MD as well as 3 step children, 9 grandchildren, 13 great grandchildren and one great-great grandchild.

Graveside Services will be held on August 25th, 2020, by Davis Funeral Home of Riverton, at Hudson Cemetery. There will be a brief viewing from 10:30 AM until the Celebration of Life from 11:00 to 11:30. No reception following.