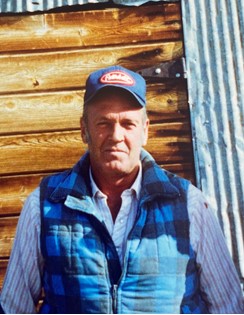 Guestbook 4
Samuel Hubert, 69, of Riverton passed away at his home on Saturday, August 15, 2020. No services will be held.

Samuel Richard Hubert was born on October 14, 1950 in Rock Springs, WY to Oscar and Rena Maxine (James) Hubert. He lived in Rock Springs and Kemmerer while growing up with his seven brothers and sisters.

Samuel served in the U.S. Army and was honorably discharged. He became a truck driver after the service and drove for 48 years. He moved to Riverton, WY in 1980. His last job was as a contractor delivering mail from Riverton to Rawlins every night. He retired in 2013.

He loved hunting, fishing, and a deep love for animals especially horses and dogs. After retirement he lived the rest of his life taking care of horses.

The last five years of his life, Samuel was taken care of by his daughter-in-law, Loni Cowart, who made his final years peaceful.

He is survived by numerous family members.

He was preceded in death by his parents, seven brothers and sisters, and son, Samuel D. Hubert.