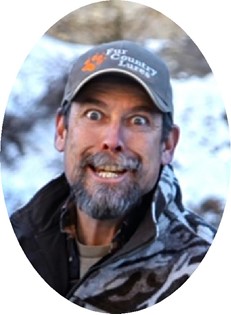 Guestbook 3
James “Jimmy” Vincent Supino, a resident of Riverton, Wyoming passed away on August 18, 2020. Jimmy was born to Maryann and James on January 16, 1968 in Bronx, New York.

As a young boy Jimmy moved to Colorado with his mother and brother. Throughout the years, he worked his way up to a Master Electrician, later founded Amp Electric, LLC and worked most recently as a Quality Auditor ICC Combination Inspector for ICC NTA, LLC. On July 27, 2002 he married Mindy, they moved to Riverton, Wyoming in 2003 where they raised their family, made an untold number of friends and were supporters of the community.

Jimmy was a devoted father and avid outdoorsman who was an accomplished coyote hunter and walleye fisherman. Jimmy was a true American patriot always honoring our American heroes and those who served our country. He had a love for guns, loading bullets, building fishing jigs and sharing his love for the outdoors with those close to him.

Not only was he a Master Electrician, he was a master jokester and had a niche for terrible jokes and dorky hats. Jimmy’s jolly nature and constant humor, whether solicited or not, was abundant. Jimmy lived life to the fullest, very seldom was there a day when he wasn’t hooked on and headed out. He was a happy man, full of adventures typically several in one day and a man of his word and handshake. He valued family and his friends as his most valued possessions, always there for those who needed him.

Jimmy is preceded by his father James D. Supino and grandparents.

A celebration of life service is scheduled for Monday, August 24 from 4:00 to 8:00 pm at the Missouri Valley Fire Department, 330 Missouri Valley Road in Shoshoni, Wyoming.

In lieu of flowers, memorial donations may be made to the Supino family at U.S. Bank under “Mindy Supino Donation Account” for the boys and Mindy to fulfill Jimmy’s dream of traveling to Alaska on a moose hunt. Arrangements done by Davis Funeral Home