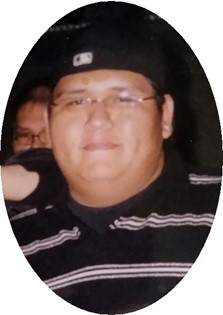 Alfred WardBliss Spoonhunter was born on January 9, 1993 in Riverton, WY to Alfred Marion and Lori Ann (Norse) Spoonhunter, Jr. He grew up in the Arapahoe area and attended Wyoming Indian and graduated from Arapahoe Charter School.

He was baptized into the Catholic faith and also was a member of the Native American Church and practiced the Traditional Ways and participated in Sundance.

Bliss enjoyed watching movies, reading books, listening to music, was a hard worker, he kept himself occupied, hanging with friends, and was always a helping hand to anyone who needed it.