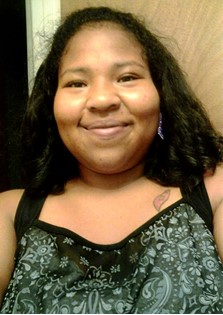 Annalisa Marie Davis was born on May 15, 1993 in Riverton, WY to Dwayne and Kay (Antelope) Davis. She grew up in Fremont County and attended grade schools in the area. She went to John Leflore High School in Mobile, Alabama, she returned to Riverton High School and graduated with the class of 2011. After graduation she attended Central Wyoming College in Riverton, WY and finished up at Davis Applied Technology College in Utah.

Annalisa split her time between Riverton, WY and Mobile, AL.

Annalisa attended both the Catholic and Southern Baptist Churches.

On July 10, 2020 she married Quinton Olando Hudson at the Fremont County Courthouse in Lander, WY.

She worked at the Wind River Hotel and Casino, Allied Security in Mobile, AL, and Smith’s Grocery Store.

She enjoyed going fishing, swimming, having cook outs and going to the casino.