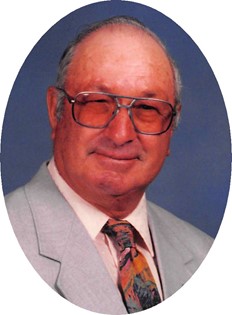 Guestbook 1
Thomas Berlin Scholebo, 88, of Riverton passed away at his home on Thursday, August 27, 2020. Cremation has taken place and a Celebration of Life will be held at 10:00 a.m., Friday, September 4, 2020 at the Lighthouse Bible Church, 1510 Lewis Street Riverton, Wyoming, with Pastor Dale Adams officiating.

Tom was born February 24, 1932 in Pinckneyville, Illinois the only child to Lucille and Elmer Scholebo. He attended school in Illinois until the family moved to Pinedale, Wyoming when Tom was 13 years of age. He finished his schooling in Pinedale, Wyoming. Tom started working for Bill and Alene Isaacs at the Circle S Dude Ranch, where he was a fishing and hunting guide.

He was drafted into the Army April 1, 1953 and was discharged on April 1, 1955. Later Tom moved to Indiana to attend a Welding School where he graduated a Certified Welder.

He married Scharlene Davidson on August 15, 1956, they had one son, Warren Scholebo. In 1966 Tom moved his family back to Pinedale, Wyoming where he went back to work for the Circle S Ranch. He worked there until he started his own business, Tom’s Welding Service. Scharlene passed away on November 10, 1978. Tom moved to Riverton, Wyoming in 1979 where he worked in the oil field at Lysite, Wyoming.

On September 6, 1979 Tom and Ruby Irwin were married. Ruby brought her son, Scott Irwin to the family.

In May 1983, Tom and Ruby bought a business, The Office Mart, from Lon and Paul Holder where Ruby had worked. Tom went to Denver to school where he learned to be a professional picture framer. When he returned he opened, Custom Frame Shop in the Office Mart. In 1999 they retired and closed the store. After retiring they traveled “RVing” for 10 years.

He is survived by his wife, Ruby; son, Scott (Jennine) Irwin; and grandchildren, Scotty and Hailey Irwin, and Megan and Christian Scholebo.

Memorials may be made to the Lighthouse Bible Church or the Help for Health Hospice Home in care of the Davis Funeral Home, 2203 W. Main Street, Riverton, WY 82501.

Service are under the direction