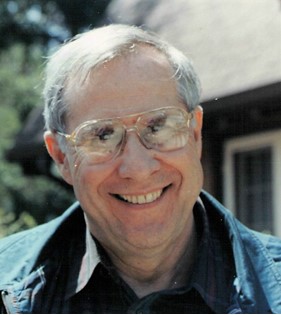 It is with a heavy heart that we announce the passing of Dr. James Stewart on September 1, 2020 in Dubois, Wyoming. But we, along with those many whom his life has touched, celebrate his life with great honor.

Jim was born on January 19, 1930 to John and Mayme Stewart in Reno, Ohio. His early years were spent in Reno where during the summers he worked on some of the local farms and learned at an early age the value of an education. He graduated from Marietta High School in 1948, received his BA degree from Ohio University in 1952 and graduated from the University of Cincinnati College of Medicine in 1956, with a subsequent internship and General Surgery Residency at the Cincinnati General Hospital.

In 1958, he established a private Primary Care practice in Middletown, Ohio and after 6 years undertook a Urology residency at the University of Louisville under Dr. Robert Lich. Upon completion he returned to Middleton to practice Adult and Pediatric Urology where he was affectionately known as “The Plumber” from 1967 until he retired in June, 1997.

His professional accomplishments included Secretary-Treasurer and President of the Butler County Medical Society, delegate to the Ohio State Medical Association and American Medical Association Urology Section Council where he held the offices of Secretary and Vice-Chairman. Dr. Stewart was active in the American Urologic Association, North Central Section, holding various offices from 1977 to 1997. He was President of the Ohio Urologic Society in 1988, and a member of the Cincinnati Urological Society and American Association of Clinical Urologists.

At Middletown Hospital, Dr. Stewart held the positions of Vice President and President of the Medical Staff from 1974-1978, and was on the Board of Trustees from 1979-1990 in addition to various other appointments over the years.

He and his wife, Judy, retired in 1997 to their ranch in Dubois, Wyoming in the Wind River Mountains where they enjoyed a fulfilled life of travel and many hobbies including fly-fishing-tying his own flies, hunting, ATV exploring, golf, and rock hounding to name a few. He was always busy in his woodworking shop whether it be aspen furniture making, lathe work for pens, fly rods or golf clubs and of course his “honey-do” requests.

Per his request, there will be no funeral or memorial service. Memorials may be donated in his name to a favorite charity. We ask that you rejoice in his release from the pain and suffering he courageously endured over the last 6 ½ years, and remember his easy smile, twinkling eyes, memorable anecdotes, and healing hands. His love for his family and patients, and his curiosity of life was boundless. No doubt there is another star in Heaven tonight.