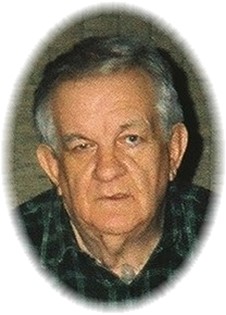 Guestbook 4
Funeral services for Maurice F. "Morey"/"Morris" Boyd of Riverton will be at 2 p.m. Friday, Oct. 24, at the Davis Funeral Home of Riverton. The Rev. Father David Gau will officiate. Interment will follow at Mountain View Cemetery in Riverton. There will be a viewing from 5 to 7 p.m. Thursday, Oct. 23, at the funeral home. Mr. Boyd died on Monday evening, Oct. 20, 2008, at the Lander Regional Hospital. He was 63. Maurice Franklin Boyd was born on Dec. 11, 1944, in Riverton, the son of Alfred Thomas Boyd and Hortense "Sally" (Christopher) Boyd. He grew up in the Riverton area and attended St. Stephen's High School. On July 2, 1966, he married Donna Eileen Luers in Casper. Mr. Boyd worked as a mechanic at Lucky Mc in the Gas Hills and then was the superintendent of public works for the town of Evansville for 15 years. He also was the Evansville ambulance director. In 1991, he served as mayor of the town of Evansville. Mr. Boyd had been in ill health for several years and they returned from Evansville to Riverton in 1992. He was a member of St. Margaret's Catholic Church in Riverton. His family said he enjoyed fishing, boating, camping, playing cards and spending time with his family, especially his grandchildren. Survivors include his wife, Donna; a son, Thomas Boyd and his wife Veronica of Westown, N.Y.; daughters, Stephanie Boyd of Riverton, Tammy Crawford and her husband Milton of Lysite, and Mary Lynn Felton and her fiancé Darrell of Riverton; nine grandchildren, Isaac, Liam, and Emma Boyd of New York, Alexandria Boyd of Riverton, Milton Jr., and Gwendolyn Crawford of Lysite, Amanda and Briana Felton, Buddy Felton and his wife Becky, all of Casper; two great grandchildren, Chaz and Maddie Felton; a brother, Phillip Boyd and his wife Karen of Coos Bay, Oregon; sisters, Cynthia and Linda, both of Casper. He was preceded in death by his parents; a son, Willie Felton; a sister, Marjory Nielson; half-brothers, Hugh Adcock, Gene Adcock, and Bill Adcock. Memorials may be made to the Wind River Dialysis Center, in care of the Davis Funeral Home, 2203 West Main, Riverton, WY 82501. On-line obituaries are available and condolences for the family may be made at: thedavisfuneralhome.com Services are under the direction of the Davis Funeral Home of Riverton.