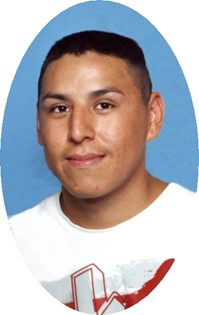 Dominic passed away on Monday, August 31, 2020 at his home in Riverton surrounded by his loving family.

He was born on August 11, 1985, in Riverton, Wyoming, son of Michael G. and Sherri (Dewey) Duran. Dominic graduated from Riverton High School. He worked for Wind River Cares as a Medical Biller.

Dominic loved spending time with his wife, children, and family as well as watching his daughter play basketball and his son ride mini bulls. He was very supportive of all the activities his children were involved in. He also enjoyed spending his time fishing and listening to music.

Mr. Duran was preceded in death by his grandparents, Linus and Thelma Dewey and Ida Mae Duran and Steven Duran; numerous other relatives.