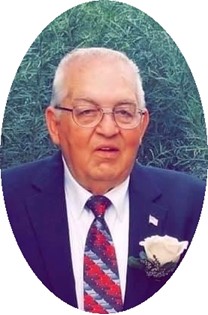 Guestbook 7
Terry Olson, age 75, passed peacefully through the veil with his wife at his side, on Tuesday September 8, 2020. Cause of death was ITP and Myelofibrosis incurred from working in the uranium industry for over thirty years. Thanks a bunch Lucky Mc Mine and Federal Government!!!! Just to be clear, NOT BECAUSE OF COVID-19.

Terry was born in Afton, Wyoming January 28, 1945 to Lynn C. Olson and June Rose Williamson. As a child he lived in Idaho, Montana and Wyoming. He attended school in various communities as his father worked in road construction. They headquartered In Riverton so most of his education was received there. He has made Riverton his home for most of his life. You could often find Terry puttering around in his shop with all his toys and working on his property. His favorite pastime was spending time with his grandchildren and traveling. He was a member of the Church of Jesus Christ of Latter-day Saints and held positions in the primary as a teacher, Sunday School teacher, Priesthood presidency, High Council, Ordinance Worker at the Ogden Temple, and Bishopric secretary.

Terry was married to Mary “Polly” Irvine in Lander, WY. March 31, 1963. They celebrated their 57th anniversary this year. They were sealed in the Salt Lake Temple March 10, 1992.

He is survived by his wife, his sons Bob (Kristi) of Las Vegas, NV, Ken (Morgan) of Casper, WY, Dan of Riverton, and daughter, Chandra (Scott) of Riverton. He is also survived by his brother Rick of Superior, WY, stepson Syl Garcia of San Francisco CA and foster son Oscar Losolla of Pocatello, ID. fourteen grandchildren and five great-grandchildren.

He was preceded in death by his parents, grandparents and his sister Julie.

Over Labor Day weekend he enjoyed spending time with and saying goodbye to his children, grandchildren and brother. He was greatly loved and will be truly missed.

Funeral services will be held at 2:00 pm, Monday, September 14, 2020 at the Church of Jesus Christ of Latter-day Saints. A viewing will be held prior to the service at 1:00 p.m. Burial will follow at Mountain View Cemetery.

Memorial may be made to St. Jude’s Children’s Hospital in care of Davis Funeral Home, 2203 W. Main Street, Riverton, WY 82501. On-line condolences may be made to the family at www.TheDavisFuneralHome.com.