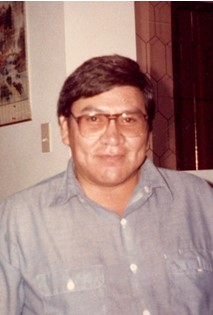 Charles Brown was born on August 30, 1950 in Arapahoe, WY to Andrew Brown, Jr. and Veronica (Warren) Brown. He was given his Indian name of Rising Sun. He grew up in the St. Stephens area and attended schools there. He graduated with the class of 1968 for Riverton High School.

Charles was baptized into the Catholic faith and was a member at St. Stephen’s Catholic Church.

On January 24, 1973 he married Jo Etta Antelope in Lander, WY. They celebrated 47 years together this year. They raised their family in Fremont County where they made their home.

He worked at Western Nuclear in Jeffery City as Maintenance Personnel, he was also a Certified Veterinarian Technician, and a Maintenance/Carpenter with Northern Arapaho Housing where he retired after 20 years.