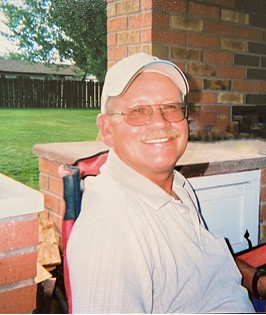 Robert Lee Luoma was born on July 16, 1948 in Casper, WY to Jack William and Maxine (Loosemore) Luoma. Bob grew up with his brother, Jack, and sister, Marion, in Lysite, Shoshoni, and Pavillion. He graduated from Pavillion High School with the class of 1968.

On August 24,1968, Bob married the love of his life, Catherine “Cathy” Trujillo at the Catholic Church in Hudson, WY. They celebrated their 52nd Anniversary this year. Two children were born to this union, Tony and Christy. Bob and Cathy made Riverton their forever home.

While in high school Bob worked at a dairy farm and, after graduating, he worked at Lucky Mac Uranium Mine until he was drafted in the U.S. Army. Bob was stationed in Germany for two years before he was honorably discharged. Cathy and Tony were able to join him during his tour in Germany.

In 1974, Bob began his career for United Parcel Service “UPS” as a semi-truck driver and worked for over 30 years. He enjoyed his job at UPS, especially working with all his “Bob” coworkers who constantly played practical jokes on each other. After retiring from UPS, Bob started his own business, “B-On-Track” a tractor sales and service business. He loved buying tractors and fixing them up to sell.

Prior to his illness, Bob enjoyed many hours on Union Pass helping friends, Daria and Leonard Wood, build their cabin. He relished time hunting, fishing, and camping as well as doing projects and working on his yard.

Fond memories for Bob and Cathy include going to Cheyenne Frontier days with their special friends, Ron and Linda Flack. Their exciting vacations included additional friends and family that enjoyed the Luoma’s zest for life.

He was preceded in death by his parents, Jack and Maxine Luoma, and brother, Jack Luoma, Jr. as well as in-laws, Joanne and Art Dollard, John and Elva Trujillo, Angie Baldes, Carmen and Jerry Majdic, Alex Smith, and Darrel Smith.

Memorials may be made to Hunting for Heroes in care of Davis Funeral Home, 2203 West Main Street, Riverton, WY 82501.