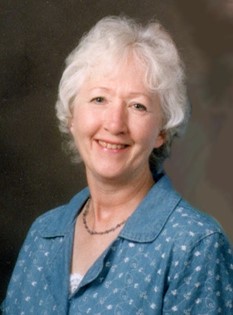 Peggy Lynn Jacobs passed away suddenly after a brief illness at the Wyoming Medical Center in Casper, Wyoming, on September 20, 2020. A funeral service will be held at 2:00 pm on Monday, September 28, 2020, at Trinity Lutheran Church. A viewing will held from 12:00 pm to 2:00 pm prior to the funeral. Interment will be at Mountain View Cemetery.

She was born Peggy Lynn Fogle to Roy R. and Gladys Fogle on September 17, 1945, in Springfield, Ohio. She was the eldest of three siblings. She grew up in Springfield and graduated from North High School. She then attended and graduated from the Miami Valley Hospital School of Nursing as an R.N.. She saved her first life during her first year of training when she discovered a patient who had stopped breathing and immediately started CPR. She then worked at Barney Children’s Hospital in the intensive care nursery where she was a pro at starting IV’s on tiny babies, some of who weighed no more than a pound. Returning to Miami Valley Hospital she became the Head Nurse of the regional intensive care nursery.

While a student she met and married her husband Bill Jacobs on September 3, 1965. They were married at St. Johns Lutheran Church in Springfield, OH. In May, 1975, she and Bill decided to head west and landed in Riverton, WY. Peggy went to work at Riverton Memorial Hospital and stayed there through all of the changes for almost 35 years. Most of that time she worked in PACU (Post Anesthesia Care Unit). She was a hands on nurse whose only interest was patient care.

In 1977 Peggy and Bill purchased 95 acres in Missouri Valley. Peggy helped her husband and together they built their home, living in the basement while they built the upstairs. Shortly after the upstairs was livable, their daughter Jennifer was born. She was the apple of Peggy’s eye and they were always very close.

Peggy was a wonderful wife and mother who took great care of her husband and daughter. Approximately 10 yrs. ago she absolutely saved Bill’s life. An ambulance took him to the emergency room where a doctor looked at Bill and said: “He’s ok, take him home.” Peggy responded very assertively: “No!” After being examined by a nurse, he was admitted and stayed four days. His discharge papers showed he was in kidney failure at time of admission.

One year ago she determined the cause of a severe medical problem that Jennifer was having and cured it. Peggy determined the problem was gluten in Jennifer’s diet. Jennifer immediately stopped eating gluten and has had no further problems. This was after Jennifer had seen multiple medical specialists who did every kind of test and exam and couldn’t find an answer. Peggy solved the problem. She was truly amazing.

Although she never intended to be a farm hand, she was always there to help Bill work the cattle, occasionally drive a tractor, or be a needed extra pair of hands when necessary. She said she was “over it” one cold, damp, dark March night when a calf had to be pulled.

She was rock solid in her faith, always loving and trusting our Lord. She took great pleasure in supporting our church, Trinity Lutheran, as well as a few other ministries and Christian causes. Our God loves a cheerful giver and I’m sure he loves my Peggy.

Peggy was preceded in death by her mother and father, Roy R. and Gladys Fogle; brother, Roger Fogle; nephew, Eric Fogle; and mother and father-in-law, Peter and Ruby Jacobs. Peggy is survived by her husband, Bill; daughter, Jennifer; brother, Craig Fogle and his wife Ruth; niece, Molly Hawk and her husband, Josh; and nephews Kevin, Paul, and Scott Fogle.

Bill Jacobs could not have been more proud of anything in this world than to have Peggy take his last name. Jennifer is convinced she was given the best mother on the planet and is devastated at losing her mom.