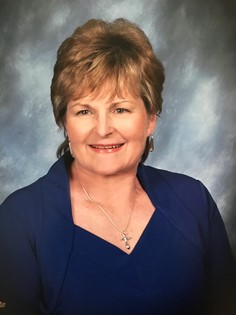 Guestbook 8
Beverly McPherson, 82, passed away peacefully on Saturday, September 26th 2020, at the Cheyenne Health Care Center in Cheyenne Wyoming. As were Beverly’s written wishes, cremation has taken place and a small family service is planned at a later date.

Beverly Myrel Kimbrough was born on April 18, 1938 to Virginia (Drachenberg) Kimbrough and Charles Kimbrough. Beverly lived in Garden Oaks area, in Houston, with her parents and her younger sister Cynthia. She had many life-long friends from her 12 years as an active Girl Scout. Beverly graduated from John H. Regan High School. She attended college at Sam Houston State College in Huntsville, TX and also Texas Tech University in Lubbock. Beverly served as president of her sorority. Beverly graduated with a Bachelor’s Degree in Elementary Education.

On March 19, 1960, Beverly married Roe Morgan McPherson Jr. at Garden Oaks Baptist Church. Beverly and Roe were married 37 years until his passing in 1997.

They moved to Wyoming where Roe worked for Pan American Oil Co., which later became BP Amoco. Beverly taught first grade in Midwest, Wyoming. They took several job transfers with Pan American Oil, and in 1966, they transferred and stayed in Riverton, WY, where they raised their family. Son, Brad, and his younger sister, Brenda, were both born in Casper, Wyoming. Beverly taught school at Riverton in the public school system, also at St. Margaret’s Catholic School and worked part-time for the University of Wyoming Outreach Program.

Beverly enjoyed traveling and seeing new places and took many trips to Oregon to be with her daughter and family and loved the time that they spent together and the Oregon Coast. Beverly was an accomplished watercolorist and enjoyed attending many workshops to perfect her artistic talent. Painting and spending time at the family cabin in Buffalo Valley, near Moran, Wyoming, were two of her greatest joys. Many happy times were spent at the family cabin with family and friends, and it is where she got the paints out to paint with her granddaughters. Beverly was a loving grandma and very proud of her four granddaughters and hosted teas for them with their friends, and took them on High School Graduation trips, and was always interested in what they were doing.

The family would like to thank special friend and caregiver, Martha Lange, and other dear friends for their love and devotion in caring for Beverly.

Memorials may be made to Alzheimer’s Association Wyoming Chapter or Riverton United Methodist Church in care of the Davis Funeral Home 2203 West Main Street, Riverton, WY 82501.

On – line condolences for the family may be made at davisfh@wyoming.com.