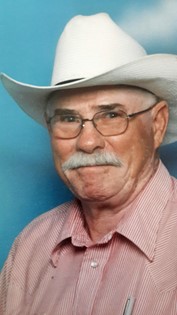 Guestbook 4
Gus McDonell, 91, of Fort Washakie passed away at home with his family by him on Saturday, September 26, 2020. As per his request cremation has taken place and a Celebration of Life will be held at a later date.

Gus Jenkins McDonell was born January 11, 1929 on the homestead near Choteau, Montana to Guss Henry McDonell and Effie Ruth (Peterson) McDonell. He grew up on the homestead with three brothers and eight sisters.

At the age of 18 he enlisted in the Army, stationed in Germany during the Berlin Airlift. Honorably discharged he returned to Montana.

Working on ranches from Montana to Arizona, cowboying was his favorite profession, also a heavy equipment operator and carpenter.

A whirl wind romance began in Elko, Nevada. Knowing each other just eight days, Gus and Ada Maxine Gustin married October 27, 1955, for 59 years until Ada passed in 2015. Together they had two children, Ella and Sherman, while working on the Hamilton Ranch in Montana.

Gus began shoeing horses professionally after moving the family to Wyoming in 1963. He had a special way with horses. In 1977 he opened MeDonell’s Boot Repair and Saddlery in Lander for ten years. Gus retired from horse shoeing in 2006.

He loved hunting and fishing with family and friends and was an avid fur trapper.

He was preceded in death by his parents, Guss and Effie McDonell; wife, Ada McDonell; three brothers and two sisters.