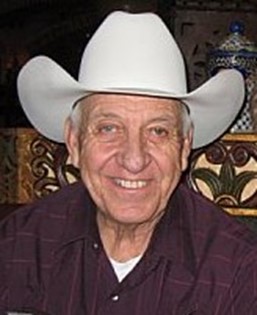 Guestbook 6
Ronald George Goff, born on September 17, 1936, passed away after a long illness on October 12, 2020 in Riverton, Wyoming, surrounded by family. He was 84 years old.

Ron was born to Sadie Eleanor Tokola and Reuben George Goff in Glenrock, Wyoming where he grew up. He attended the University of Wyoming, majoring in geology. After his freshman year he moved to Billings to be near his parents and met the love of his life, Patricia Fiske. They were married in Billings, Montana on October 19, 1957. Ron worked at the Montana Sulphur and Chemical Company until 1974 when he moved his family to Valier, Montana to try his hand at ranching. In 1979, he and his family moved back to Wyoming and started working in the Madden Gas Field around Lysite. He worked his way up through several companies and retired in 2004 from Burlington Resources as the Production Superintendent. Ron enjoyed fishing, camping, playing cards with the family, pool and horseshoes well into retirement.

He will be laid to rest during a small graveside service at Mountain View Cemetery in Riverton, WY, Saturday, October 17th at 2:00 pm with an informal remembrance immediately following at the Heritage Hall, Fremont County Fair Grounds.

In lieu of flowers please consider planting a tree in his memory or donating to https://50-million.everydayhero.com/us/in-memory-of-ron-goff Services under the direction of Davis Funeral Home.