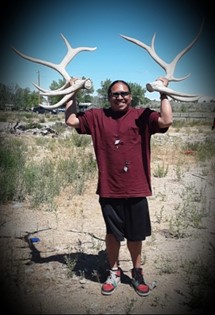 He lived most of his life on the Wind River Reservation, but also spent short periods of time in Utah, Idaho and Washington. Pote was a certified carpenter, but previously worked as a Security Guard at the Wind River Casino as well as landscaped for ReMax Realtors in Riverton, WY.

Pote was as active in Native American ceremonies. He was an avid sportsman, his favorite being basketball. He enjoyed fishing, hunting, participating in handgames, pow-wows, and was a member of the Sitting Eagle Drum Group. He also enjoyed spending his time swimming, horn hunting, as was a loving father that loved being with his children.